The Keto Macros Jicama & Radish Hash Browns is a low carb recipe for homemade keto friendly and delicious hash browns, making it the perfect breakfast side dish or snack. This is a keto version of a breakfast staple that you won't have to miss & are sure to love!
Jump to Recipe Print Recipe

The Keto Macros Jicama & Radish Hash Browns recipe calls for jícama and radishes, making them low carbohydrate since both are vegetables with low glycemic load values per serving size as well as high water content, so it’ll fill you up quickly. These veggies are keto staples because they come loaded with fiber, vitamins B and C, plus potassium electrolytes.

Like potatoes, the jicama and radish are root vegetables which is why the texture will be similar to the traditional potato hash browns but for a fraction of the carbohydrates. You’ll be surprised to find out that the low carb keto hash browns are also low calorie.

You can make them in bulk ahead of time and store them for later or enjoy the hash when you’re hungry as a low-carb snack! Enjoy this low carb breakfast staple with eggs fried on top. To add protein, try adding some chorizo sausage into your keto jicama & radish hashbrowns recipe (optional). Or use as taco filling by topping off with sour cream, cheese, salsa, and avocado slices.

Low carb, keto jícama, and radish hash browns are perfect for any low carbohydrate diet or food plan. Once you try these low-carb roots in replacement of your breakfast potatoes, you won’t go back!

Follow @KetoMacros on MFP, added friends can view our Food Diary & copy Keto Macros Recipes directly into their own Food Diary.
The date you can find this recipe in my MFP Diary: November 30th 2016

A date you can find this recipe in our MFP Diary: November 30th 2016
Cuisine: American, Fusion, Mexican
Tried this recipe?Mention @KetoMacros or tag #KetoMacros!
Pin Recipe Share on Twitter Share on Facebook Share by Email
Recent Posts
Recipes by Net Carbs
Recipes by Calories
Keto Macros — All Rights Reserved © 2016
Crafted by The Tech Refinery
Contact Us

Drop Us A Line 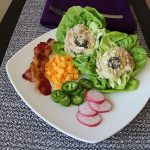 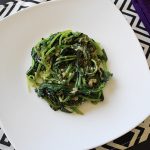